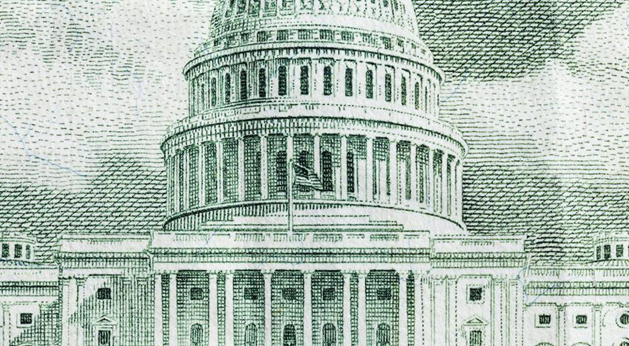 On July 27, 2020, Republicans put forth their new stimulus package proposal of approximately $1 trillion called the HEALS Act (the Health, Economic Assistance Liability Protection & Schools Act). The Democrats had previously proposed a $3 trillion+ stimulus package under the “Heroes Act,” but Republicans had rejected it as too broad and too big.­

There have been so many news stories and statements about a new stimulus package that it’s difficult to discern what will actually become law. This article describes what you need to know about the likely provisions of the next stimulus bill by answering the most important questions.

Here’s what you need to know about the likely provisions of the next stimulus bill.

Will there be a second stimulus payment?

How much will the second stimulus payment be?


What are the income requirements for eligibility for a second stimulus payment?

The Republicans initially proposed a $40,000 threshold instead of a $75,000 threshold, but that proposal appears abandoned. The Democrats had proposed a larger stimulus payment (of $2,000 a month) but that will likely not be included in the final package.

Will the $600 per week federal supplemental benefit for laid off employees be extended?


The original CARES Act provided for a $600 per week federal supplemental unemployment benefit payments to laid off employees. These supplemental benefits expired on July 25 or July 26, depending on the state.

The Democrats want to extend such benefits. The Republicans complained that the $600 is too high because it exceeds the wages of many workers, discouraging them from returning to work.

The Republican package proposed on July 27 offered instead a $200 a week temporary supplement to state unemployment payments. That $200 would then be replaced with a more complicated program that would pay workers 70% of the income they collected before they lost their job. Under the Republican proposal, the states would phase in the 70% formula within two months. Given how arduous it has been for states to handle the massive volume of unemployment claims, it is difficult to see how such an approach is feasible within a reasonable period of time.

This is probably the most contested issue; however, it is expected that some compromise will be reached in the next few weeks.

On July 27, certain California legislators indicated that they would move to pass legislation to fill any gaps in the $600 unemployment benefits if Congress approves a smaller amount, to help Californians during the economic downturn. Legislative leaders expressed the view that such an additional benefit would be crucial to prevent an economic collapse and ensure working families can keep their housing and pay for necessities.

Will independent contractors, freelancers, and gig workers continue to receive the extra $600 a week in benefits?


The Pandemic Unemployment Assistance (PUA) program contained in the original CARES Act provided federal aid of an extra $600 per week for independent contractors, freelancers, and gig workers adversely affected by Covid-19 and not otherwise eligible for standard unemployment insurance benefits. Under the CARES Act, this aid is scheduled to continue until December 31, 2020. But there is some uncertainty as to how independent contractors, freelancers, and gig workers will be treated, so we may need to wait for the final stimulus bill to alleviate the uncertainty.

Will the Payroll Protection Program (PPP) be extended or expanded?

The PPP loan program is due to expire on August 8, 2020, for any new loans. The PPP has been enormously helpful to small businesses by granting favorable forgivable loans.

The Republicans in their new stimulus package proposed an expansion of the PPP, including a streamlined forgiveness process and a provision that would allow smaller businesses to take out second PPP loans.

Will the new stimulus package include a payroll tax cut?


No. President Trump previously insisted on a payroll tax cut as part of any new stimulus bill. But Treasury Secretary Mnuchin recently proclaimed that a payroll tax cut or payroll tax deferral would not be included initially, but could be added at a later date.

Will there be any new student loan forgiveness provisions in the next stimulus package?

Will there be a “return-to-work” bonus for employees?


Senator Rob Portman (R-OH) had proposed a “return-to-work” bonus, which would provide financial incentive for people to return to work. The bonus proposed was $450 a week for some period of time if you returned to work by a designated date.

At the moment, it is uncertain as to whether the final stimulus package will include such a bonus.

Will there be aid for states and cities in the new stimulus package?


Republicans and Democrats both recognize that states and cities have been significantly adversely affected by the Covid-19 pandemic.

Democrats have proposed approximately $1 trillion for state and local aid. The Republican proposal of July 27 did not offer state and local government any additional funds, but it does grant them more flexibility in using the existing federal assistance.

Some compromise will be reached on this issue, and thus there is likely to be a meaningful amount available to assist states and cities.

Will there be liability protection for litigation arising from the pandemic?


The July 27 Republican package proposes liability protection from lawsuits arising out of the pandemic for businesses, hospitals, and schools, for five years.

The protection would raise the burden of proof for plaintiffs in that they would have to prove that a defendant was “grossly negligent or engaged in willful misconduct,” and also that they violated state and local public health guidelines at the time.

Democrats have expressed opposition to this concept, so expect negotiations on this issue.

Will renters living in houses with federally backed mortgages still be protected from evictions for not paying rent?


The CARES Act provided for a moratorium on evictions for renters living in homes with federally backed mortgages, but that expired on July 25, 2020. Landlords, however, are still required to give 30 days’ notice before beginning eviction proceedings. With many courts closed because of the pandemic, eviction proceedings will likely take much longer than 30 days.

The new Republican stimulus package of July 27 proposed extending the moratorium but the extension date is unclear at the moment.

The Republican stimulus package does not provide help for tenants of buildings backed by privately issued mortgages.

Will there be funds allocated for testing of Covid-19?


The July 27 Republican proposal provides for $16 billion in new funding for coronavirus testing, as well as clarifying that $9 billion in previously approved funds under the CARES Act will be used for testing.

Will there be funds allocated for schools?


The July 27 Republican proposal allocates $100 billion towards schools, with $70 billion targeted for kindergarten through 12th grade schools and $30 billion for colleges and universities. An additional $5 billion has been proposed to go to Governor's funds to be allocated for education as the governors see fit.

The Democrats had previously proposed $430 billion for schools.

When will a new stimulus bill be passed into law and become effective?


The timing of a new stimulus bill is all dependent on the negotiations between the Democrats and Republicans resulting in a final bill, that is then signed by the president. The best estimate is early August.

The accompanying pages have been developed by an independent third party. Commonwealth Financial Network is not responsible for their content and does not guarantee their accuracy or completeness, and they should not be relied upon as such. These materials are general in nature and do not address your specific situation. For your specific investment needs, please discuss your individual circumstances with your representative. Commonwealth does not provide tax or legal advice, and nothing in the accompanying pages should be construed as specific tax or legal advice. Securities and advisory services offered through Commonwealth Financial Network, Member FINRA/SIPC, a Registered Investment Adviser. Fixed insurance products and services offered through Axial Financial Group are separate and unrelated to Commonwealth.