Could Atomic Habits Help You Reach Your Goals in 2020?

Brad here. There is a lot that goes in to investing. One of the underappreciated problems, though, is simply how to be most effective with the limited time and energy we have. Today’s post from Chris Stuart, a senior analyst in Commonwealth’s Investment Management and Research group, looks at how we can do better at everything over time, which certainly applies to investing. I found his thoughts to be both interesting and helpful. I think you will, too.

I consider myself a nonfiction reader—my bookshelf is filled with finance, investing, and self-help books. Yep, I’m a self-help fan. My mind-set has always been that I can be a little bit better or smarter today than I was yesterday. Occasionally, I’ll come across a self-help book that truly captures my attention and offers some life-altering revelations. One such book is Atomic Habits, by James Clear. Of course, there have been many books written about habits. But for me, Clear’s book provides a fantastic outline of how to build and to break habits.

You might be thinking, why should I care about habits? After all, many of us engage in daily habits without even realizing it. But once you start to reflect on these daily activities, there’s a lot you may realize about yourself. Further, by building good habits (which become automatic over time), you will likely see a compounding effect.

Clear notes that if we can get 1 percent better at something for each day of the year, we’ll end up 37 times better by year-end. In fact, Clear used this very principle in his own life. He committed to writing a blog post every Monday and Thursday, which helped him build his subscriber list from 1,000 to more than 100,000 in less than two years.

It’s common to believe that grand steps are necessary to reach goals. Indeed, this approach does work for some. But you might find that making small, incremental improvements over time is a more effective method. Clear says, “Just as money multiplies through compound interest, the effects of your habits multiply as you repeat them.”

Moving beyond the plateau of latent potential

To be sure, this approach has its challenges. For one, it goes against the human desire for instant gratification. Think of clients who might be inclined to trade in and out of their portfolios instead of watching their investments compound over time. For myself, I think back to when I struggled to learn Vietnamese. The varying dialects and my lack of consistent practice made it hard to stay motivated when my incremental knowledge just didn’t seem to be improving. 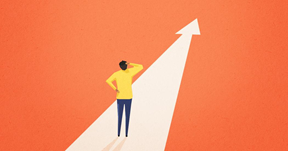 This challenge is quite normal, according to Clear. It results when we reach the “plateau of latent potential,” where we expect to make linear progress in our goals but feel frustrated when we don’t see any changes in the first few weeks or months. But the work you put in before reaching that plateau hasn’t been wasted. Instead, it should be considered stored energy—and once you get past that plateau, you’ll start to see success.

To move beyond this plateau, Clear suggests that we focus less on goals and more on systems. Goals can help us set some direction, but the systems we create dictate our progress. Sometimes, for example, two competing teams have the same goal, yet the winner is the one with the better systems in place. Here, let’s use the New England Patriots as an illustration.

The Pats are considered by some to be the epitome of success in professional sports. Coach Bill Belichick doesn’t have to tell his players that the year-end goal is to win the Super Bowl. Why? The team has systems in place, and Belichick has instilled repeatable habits in his coaches and players. You’ll often hear about ‘the Patriot way,” and it is a perfect example of how effective systems can help you reach your ultimate goals.

From a behavioral and psychological perspective, there are definitive patterns that each habit (good or bad) follows. As Clear notes, the pattern includes the cue, a craving, a response, and a reward. To help illustrate this pattern, let’s use one of my bad habits: social media use.

In this example, the cue is the notification in the app (e.g., the glowing red notification in Facebook) that triggers your brain to initiate a behavior. The craving is that feeling you get knowing that there is a reward at the end of the habit. The response is actually picking up your phone (the habit). Finally, the reward is that feeling you get knowing that someone responded to your message, liked your post, and so on.

For a lot of us, checking Facebook, Instagram, or Snapchat has become so automatic that we don’t even think about it. How many times have you pulled out your phone when you’re at the water cooler, in line at the coffee shop, or even in the bathroom?

Clear writes that if we want to destroy a bad habit (e.g., checking Instagram nonstop), we need to make the habit (1) invisible, (2) unattractive, (3) difficult, and (4) unsatisfying. After tracking my screen time on the iPhone for a few months, I realized that I was wasting an inordinate amount of time on social media. My simple solution was to delete the app, which made my habit invisible (i.e., the app was gone) and difficult (i.e., I’d have to visit the websites instead of simply clicking on the app).

Clear suggests that we need to make new habits (1) obvious, (2) attractive, (3) easy, and (4) satisfying. The less friction there is between us and our intended habits, the more likely it will be that we will stick with them over time.

He also provides some good tips on creating new habits. First, he says to set an “implementation intention”: plan out ahead of time where and how you will act in relation to each habit. This doesn’t mean declaring, “In 2020, I will eat healthier.” That statement tells you nothing about how you plan to reach your intended objectives. Instead, think along the lines of, “I will cook meals for the week every Sunday at 1:00 P.M. and store them in containers so that we have food for the week.” Clear notes that an implementation intention will “sweep away foggy notions and transform them into a concrete plan of action.”

Another suggestion Clear makes is getting an accountability partner to ensure that you stick to your intended habits. Personally, this method has worked for me when it comes to sticking to a healthy eating plan. Over the past six months, I have lost about 10 percent of my body weight after following a system of religious daily food tracking and monthly weigh-ins supported by a program called DietBet. The gist of the program is that you commit to paying into a pool each month and win money if you hit the monthly targets. I also tracked every single piece of food that went into my body (via MyFitnessPal). My weight has always been a little all over the place, but these systems that held me accountable to hitting my goals worked wonders for me. For budgeting, I do something similar, tracking all expenses by hand in an app called You Need a Budget.

Are you ready to get atomic?

Personally, I love the end of the year. It’s a time to assess how the previous year went and what I can do to make incremental improvements in the year ahead. In 2020, I intend to watch less TV, read more, continue eating healthy, and spend less money on dining out. But I know I won’t be able to keep these resolutions without a system in place.

Maybe you have personal or family goals you want to achieve in 2020. Maybe you aspire to build your practice even bigger than it is today. Whatever your goal, a good place to start is by assessing your current habits. To help you do so, Clear provides resources on his website. From there, figure out the things you want to change and those you want to improve upon.

Disclosure: Certain sections of this commentary contain forward-looking statements based on our reasonable expectations, estimates, projections, and assumptions. Forward-looking statements are not guarantees of future performance and involve certain risks and uncertainties, which are difficult to predict. Past performance is not indicative of future results. Diversification does not assure a profit or protect against loss in declining markets. All indices are unmanaged and investors cannot invest directly into an index. The Dow Jones Industrial Average is a price-weighted average of 30 actively traded blue-chip stocks. The S&P 500 Index is a broad-based measurement of changes in stock market conditions based on the average performance of 500 widely held common stocks. The Nasdaq Composite Index measures the performance of all issues listed in the Nasdaq Stock Market, except for rights, warrants, units, and convertible debentures. The MSCI EAFE Index is a float-adjusted market capitalization index designed to measure developed market equity performance, excluding the U.S. and Canada. The MSCI Emerging Markets Index is a market capitalization-weighted index composed of companies representative of the market structure of 26 emerging market countries in Europe, Latin America, and the Pacific Basin. It excludes closed markets and those shares in otherwise free markets that are not purchasable by foreigners. The Bloomberg Barclays Aggregate Bond Index is an unmanaged market value-weighted index representing securities that are SEC-registered, taxable, and dollar-denominated. It covers the U.S. investment-grade fixed-rate bond market, with index components for a combination of the Bloomberg Barclays government and corporate securities, mortgage-backed pass-through securities, and asset-backed securities. The Bloomberg Barclays U.S. Corporate High Yield Index covers the USD-denominated, non-investment-grade, fixed-rate, taxable corporate bond market. Securities are classified as high-yield if the middle rating of Moody’s, Fitch, and S&P is Ba1/BB+/BB+ or below.